Why We’re Grieving The Relationship We Had With Kobe Bryant 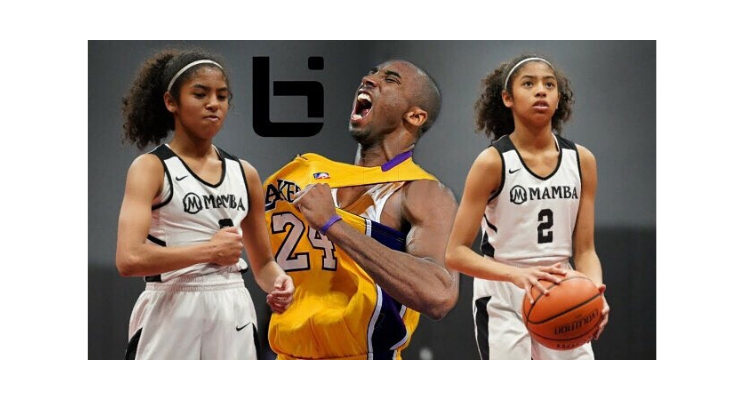 You saw it on Sunday. You thought it was the internet being the internet again with “fake news” but then you discovered it wasn’t fake. It was real. Kobe has died.

Feelings of shock, sadness and disbelief is what came over me when my 12 year-old granddaughter came to the kitchen as I was fixing lunch and told me “Kobe Bryant just died in a plane crash”. I turned looking at her stunned. I said, “The basketball player Kobe Bryant?” She said in typical tween fashion, “Yeah, him. Look it up on your phone”. I turned off the stove immediately and went to Google to search and there it was. It was one of those moments where you wish you could unread what you just read because of what it would mean in the moments that followed. I scrolled news report after news report looking to validate the truth. Kobe has died along with him where his daughter, an athlete following in her Daddy’s footsteps along with her teammate and their parents. Devastating and tragic.

Now some people may or may not understand the feelings you can have about someone you’ve never met in real life. My heart was heavy. My mind immediately start processing what I had known about Kobe. He was drafted to the NBA right out of high school. He played a 20-year career with the Los Angeles Lakers winning 5 NBA Championships and was a four-time MVP. He played with Shaquille O’Neal. I was summarizing MY knowledge and relationship I had with Kobe. I saw many post on the internet about people grieving, shocked and stunned. Then there were other posts where people were almost “shaming” others for grieving someone they’ve never met. The truth is they have met. If you followed Kobe Bryant’s career, you met him. You formed your OWN relationship with him and when that relationship you had with him ended – IT HURT! Just like any other relationship that ends abruptly it can bring about painful emotions – I call it GRIEF.

I have a certification in Grief Recovery from the Grief Recovery Institute in Sherman Oaks, CA. They define grief as, “The conflicting feelings caused by the end or change in a familiar pattern or behavior”. We could relate to Kobe in one way or another. Maybe it was his athleticism. Maybe it was his family life or perhaps his post-retirement career OR maybe it was the tragic way in which he died that triggered painful experiences from the past. Whatever it is, we could relate to Kobe and we’re grieving; we’re hurting because the relationship we had with him has now ended as we knew it. It wasn’t physical for most of us; it was emotional. That emotional relationship will NEVER die. It lives on forever. The impact of the emotional relationship may not be as intense in the future as it is today, but it will always be there.

There are instances where grief overtakes a person to where they become “stuck” and unable to move forward, their performance suffers or their relationship with others suffer and they can’t figure out why. When we can be honest and admit to ourselves that we’re impacted or grieving the loss of someone without being shamed for it, we’ll have happier leaders, happier lives and happy workplaces.

How are your leaders handling relationships with their team members who might be grieving? Is this a subject that’s talked about? Can you measure a drop in productivity after someone in your organization has suffered a loss? Were you able to help them get the support they needed?

I help leaders engage, communicate and connect with customer and employees to get to the wants, needs and desires that inspire people to take ACTION.

I got into this work recognizing in my sales & marketing career how easy it was to relate to people to build relationships, not knowing at the time that I was building up the know, like & trust factor easily. Once I learned the foundation that selling was serving, I transferred those skills into leadership and management consulting and training and started my company.

How your team responds to your leadership is through relationship FIRST.

Learn more about topics that help your organization, leaders or team engage in relationships that matter. www.GetRelationshipCurrency.com